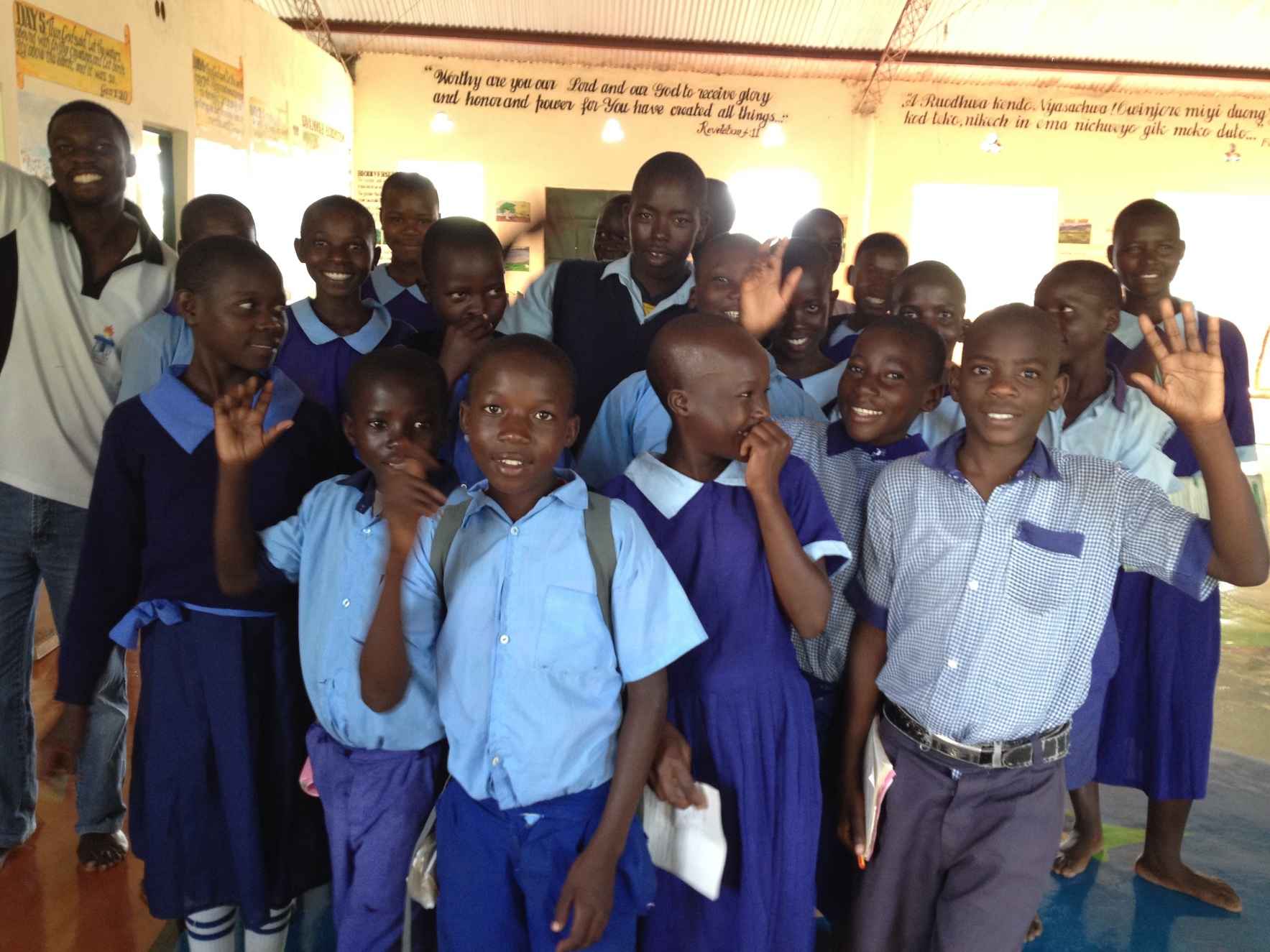 Transform the lives of young people through SEEK's ministries!

Empower people to conserve and restore their environment for better lives.

Your giving makes an exponential impact!

Hezron Obado, an 11 year old, lived near a fishing village in a mud hut on the shores of Lake Victoria. His father, a polygamist with 4 wives, had died. His mother and his siblings lived in abject poverty. Hezron did not go home for meals because there was no food. Sometimes he went to the market to eat banana and potato peels off the ground. One day his mother, ashamed about this, followed him with a switch, but burst into tears and left for home.

Hezron earnestly prayed for the money required to go to primary school. Whenever he had gone, he walked shoeless, and when the road was really hot, he looked for cow pies to step in to cool his burning feet.

When Hezron's pastor received an invitation from Suba Environmental Education of Kenya, (S.E.E.K.) to bring children to a camp, he showed Hezron the list of what to bring: a towel- He vaguely remembered seeing an adult with one and cut up his brother's blanket to a towel shape. Shoes? He found someone who had some and lent them to him; 50 ksh.? He cut down a small tree and made charcoal to sell for camp fees.

23 years later, Hezron remembers every detail of that camp. Most of all he remembers the kindness shown to him and the scripture, "Be still and know that I am God". He made a decision that he wanted to extend the kindness and hope he'd experienced there to all the children of Suba District.

At the end of the camp, a college student sent an e-mail to SEEK. "Was there any orphan we knew of who needed school fees?" He wanted to sponsor one. Hezron was astounded. His prayer had been answered! From that point he never lost his faith in God.

Today Hezron is the head of the Youth Ministry of SEEK. He kept his resolve to serve the orphans living harsh lives in Suba District. Through sponsorship he completed secondary school and college. He is on the Board of African Christian Camping, training people across Africa in ministry to children. He is a Director at SEEK.

Hez is in much demand at both secondary and primary schools to bring life skills teaching to their students, encouraging them that through Christ all is possible for them. This year alone, over 14,000 young people have received that training through Hezron. Thousands have accepted Christ. Now even the Chief police officer for the district has invited Hezron to share weekly with prisoners in the jail.

Through a camp and sponsorship, the impact of one impoverished fatherless child in Kenya has multiplied exponentially! Every life is a treasure with the potential of impacting the world.